A220 Production Hangar Opens in Mobile 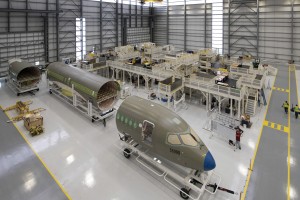 Airbus has reached two important milestones at our commercial aircraft production facility in Mobile, Ala.: we’ve officially inaugurated production activities in a newly-built Final Assembly Line hangar, and we started production of the first U.S.-built A220 for JetBlue.

The new 270,000 sq. foot hangar, where both A220-100 and A220-300 aircraft can be assembled, is officially open for business after an 18-month construction project. It houses five primary assembly stations where major airframe component assemblies come together for a completed aircraft in a flowline process. Airbus actually began producing A220 aircraft in Mobile in August 2019 using space in an existing A320 Final Assembly Line hangar, and newly built support hangars. With the completion of the new hangar, the Airbus production site in Alabama has now officially doubled in size.

Another milestone was reached as Airbus welcomed the first component assemblies destined to become an A220 for JetBlue into the new hangar. JetBlue will be the second customer served by the Mobile team, with its first U.S.-made A220 scheduled for delivery in Q4 2020.

“The team is excited to start working in their new facility and to welcome a new customer. It’s a strong endorsement from JetBlue in this challenging time,” said Paul Gaskell, president of A220 USA and Head of A220 Program in Mobile. “The expansion of our commercial aircraft production in Mobile to a second product line further solidifies Airbus’ standing as a truly global aircraft manufacturer, and confirms that Airbus is an important part of the American manufacturing landscape. This A220 assembly line will help satisfy the U.S. demand for the A220 aircraft.” 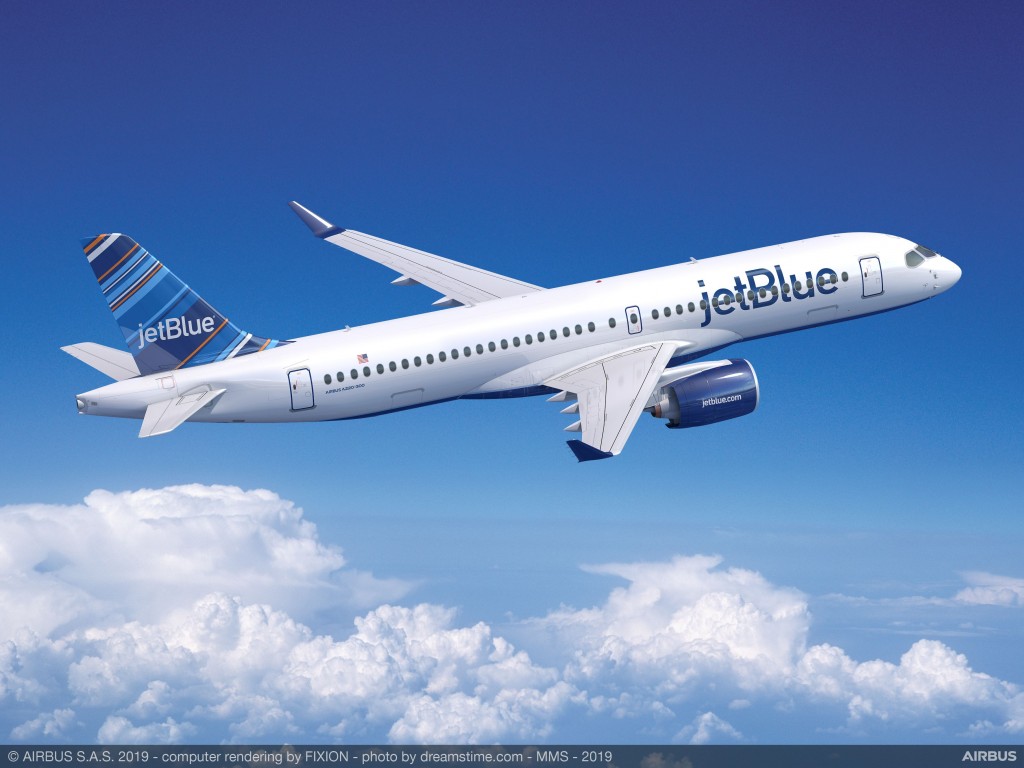 The A220 is the only aircraft purpose-built for the 100-150 seat market; it delivers unbeatable fuel efficiency and widebody passenger comfort in a single-aisle aircraft. The A220 brings together state-of-the-art aerodynamics, advanced materials and Pratt & Whitney’s latest-generation PW1500G geared turbofan engines to offer at least 20 percent lower fuel burn per seat compared to previous generation aircraft. The A220 offers the performance of larger single-aisle aircraft. With an order book of 642 aircraft as of end of April 2020, the A220 has all the credentials to win the lion’s share of the 100-to-150-seat aircraft market. The A220 programs headquarters are located in Mirabel, Canada where the program’s dedicated functions, including engineering expertise and support functions, are situated.