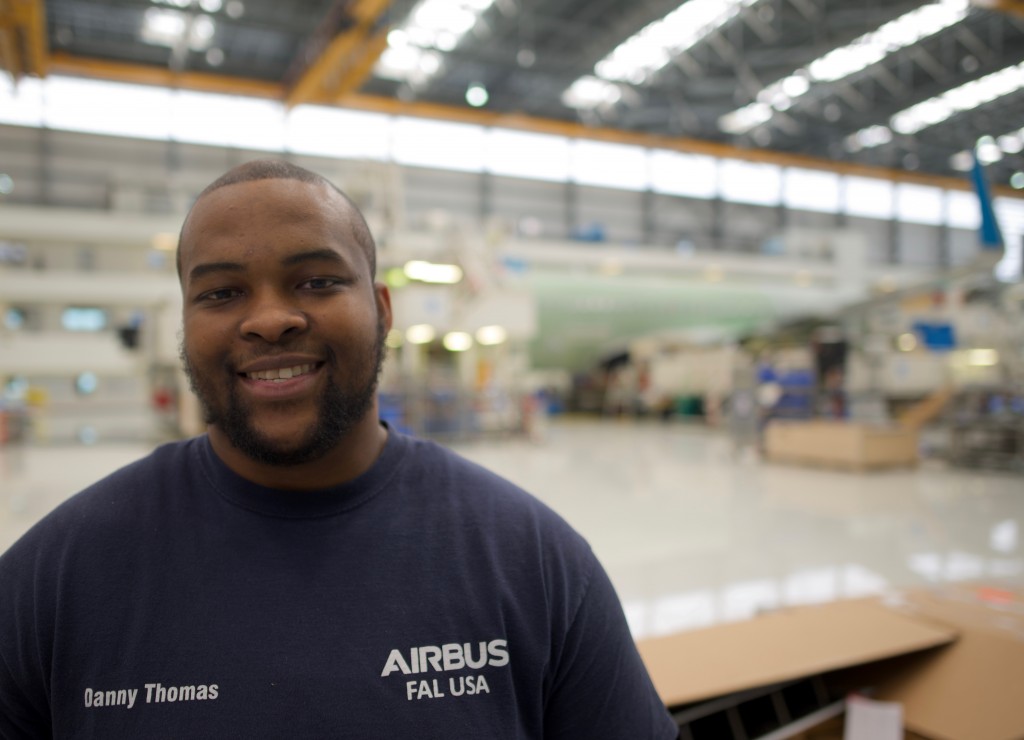 If you had asked a younger Danny Thomas in what field he would choose to make a career, chances are the aviation industry might not have ranked very highly. Danny, a Tool Shop Attendant at the Airbus U.S. Manufacturing Facility in Mobile, was born in the Bronx, but grew up in Richmond, Virginia, playing football and assuming he would go on to play for Hampton University, in Virginia Beach.

But, with a little help from a cousin who is a college professor, Danny came to a realization: He wasn’t exactly certain what he wanted to do in life, and it was entirely possible he could spend four years in college preparing for a job he wouldn’t enjoy in the end, with significant student debt in the bargain.

“I started looking at alternatives. I talked it over with my father, and we came to the conclusion that if I went into the military, I could get some work experience and they would pay for my education. Even if I went to school for something I didn’t really enjoy, at least I wouldn’t be in debt for it,” Danny said.

Danny’s father had friends in the Air Force, but when he went to meet with their recruiters, he discovered he had to run a gauntlet of all the other branches of military service.

It was something of an ironic choice for someone who didn’t take to flying right away.

“I hated the flight to basic, and the one from basic to my first base, but it grew on me,” Danny said.

He chose to work on planes over helicopters, and cargo props over jets.

“I guess I wanted to fly on the planes I worked on. When you deploy with jets, you’re going, but you’re not going on the plane,” Danny explained.

“It’s the best plane I’ve ever flown on. There’s so much room. Once you’re in the air, you can stretch out on the floor and play cards,” Danny said.

When the pilots trained on low-level terrain-following tactics in the Rockies, Danny enjoyed going up to the cockpit to watch them at work, as calm as commuters on a freeway. His favorite stop? Seattle, Washington.

“We were in the suburbs, but essentially we were in the woods. We could be in the city in 30 minutes, the mountains in an hour, or at the beaches in two. There’s so much to do all in one place,” he said.

After seven years with the Air Force (and travel to about as many states), it was time for a job in the private sector. Danny had been to Mobile while living in Fort Walton Beach, Florida and working at nearby Hurlburt field.

When he learned that Airbus was in the area, he applied and began work in January, 2017, making the long commute for a year and a half before moving to Mobile, where he loves his new home and neighborhood.

At Airbus, Danny quickly learned there’s a lot more to the job than handing out tools and keeping track of them.

Danny and five teammates have divided the production and Flightline facility area responsibilities among them.

“We’re each responsible for a portion of the facility, but we are a team, so we are constantly helping each other,” Danny said.

What does the job boil down to?

The open lines of communication at Airbus took some getting used to. Now he wouldn’t trade them for anything.

“In the military, it’s all about the chain of command. You only really deal with your immediate supervisor. Here, I can talk directly with a manager on Station 40. I don’t have to talk to my supervisor, who talks to someone else, and someone else, in a big loop,” Danny said.

Although it can be daunting to consider that the entire production line could come grinding to a halt if Danny and his teammates aren’t bringing their A-game, there are also moments of great gratification when everything comes together just right.

“Like when we go out of our way to do something that has to be done and it works. Once we needed a certain part, and we were afraid we’d have to order it from the U.K., but we were able to identify a local shop with the necessary certifications and we put it all together, including a second contractor to ensure the part was exactly to specifications,” Danny said. “All of it came together because we worked as a team.”

After a stint with the Air Force and more than two years on Team Mobile, Danny offers some advice to those considering a career in aviation.
“Start out with whatever piques your interest, but once you’re in the industry, be open to the fact that you might find something else that is really your thing,” he said.

And just to prove he’s willing to take his own advice, Danny’s taken a new position at the production facility, effective this July: Quality Inspector for X-Plant. 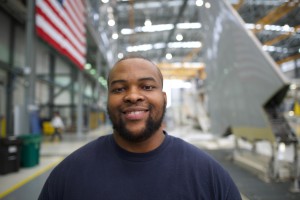 If history is any guide, when he’s not working, you’re likely to find Danny snowboarding in Washington state, riding four wheelers in Arizona, or on a jet ski in Florida.