Richard Aoun learned the value of teamwork at Airbus 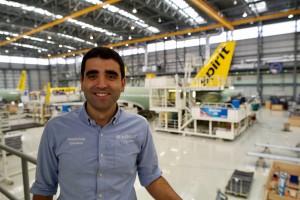 Richard Aoun speaks four languages and has worked in and travelled to many countries. But it wasn’t until he had taken a job with Airbus at the Final Assembly Line in Mobile that he learned the full value of teamwork.

“When I was working in the oil and gas industry, I planned my work and then executed it with few team members with success being directly proportional to your work input,” Richard said. “But here, by working on a team and now managing one, I’ve come to appreciate just how important teamwork really is and how much more you can achieve as a team.”

Working as a manufacturing engineer for XPlant from 2016 until April of 2019, and now as an operations leader, Richard has also appreciated yet another Airbus value, “speak up culture.”

“I over-practice it and so does our team on Station 35. If you want to go talk to my manager or HRBP, that doesn’t bother me. I don’t see it as going over my head. It’s actually giving me a chance to improve and my manager to either support me or help correct me. The way I see management, my internal customers are the people who report to me. It’s my job to empower them and help them develop,” Richard said.

Teamwork, agility and open lines of communication paid dividends this spring when a global pandemic challenged practically every assumption about how to manufacture aircraft.

“We had to rely more on the digital tools, which was a great opportunity. And the slowdown in rate lead to many additional training opportunities for our team,” Richard said. “I think Airbus handled it really well, putting people and their safety above all. We had a lot of communication from leadership, and it was really inspiring to learn how to do proper crisis management.”

Another fundamental pillar of “the Airbus way” also came to the rescue when the pandemic hit: agility.

“The crisis reinforced the importance of agility and flexibility. Having an agile team allows us to sustain operations even when we have reduced attendance due to the pandemic. I had the team’s support on that vision, and we were able to fill in the gaps in the FAL which allowed us to learn new skillsets and contribute to the organization; in fact, our team’s output increased drastically as a result of that,” Richard said.

Despite the Coronavirus crisis, Richard sees continued opportunities for young people in aerospace and aviation.

“There are so many things you can do, plenty of room to grow, regardless of your education and background,” he said. “work hard and smart and you’ll have a limitless career.”

Richard knows a thing or two about taking advantage of opportunities that come his way at Airbus. He has now assumed a new position as Director of Strategic Procurement at Airbus Americas headquarters in Virginia—his third job and second promotion since joining the company.

“I’m very excited for my next move, but I will miss the team and the operations environment. It was great having the chance to manage such a good group for a year and a half. I felt like we grew together and the connections we developed are so real,” he said.

Richard is currently in his third year pursuing MBA & MS Finance from Auburn University and expects to graduate by the end of next year. When he isn’t working or studying, he enjoys perfecting his cooking skills.

“During the pandemic, I worked on my Indian cooking,” he said. I am trying to perfect my Daal Tadka (yellow curry lentils) and my Chana Masala (Chickpeas Curry). I also improved my Tom Yam soup since I was able to source some good ingredients in a local Thai restaurant.

Richard and his wife Jenny enjoy traveling internationally, especially to smaller cities with a known cuisine they can reverse engineer once back home. The pandemic put a halt on this of course but before the end of the year they are committed to being back at it.

What does the future hold for Richard at Airbus?

“Becoming a leader in the business side of Airbus has always been a dream of mine. Having a vision, strategizing on it and applying it is extremely fulfilling,” he said. 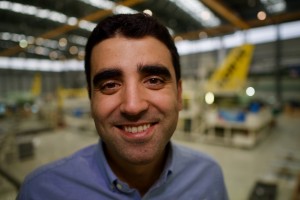