Up, Up, and Away! The Maiden Flight of the First Delta A220 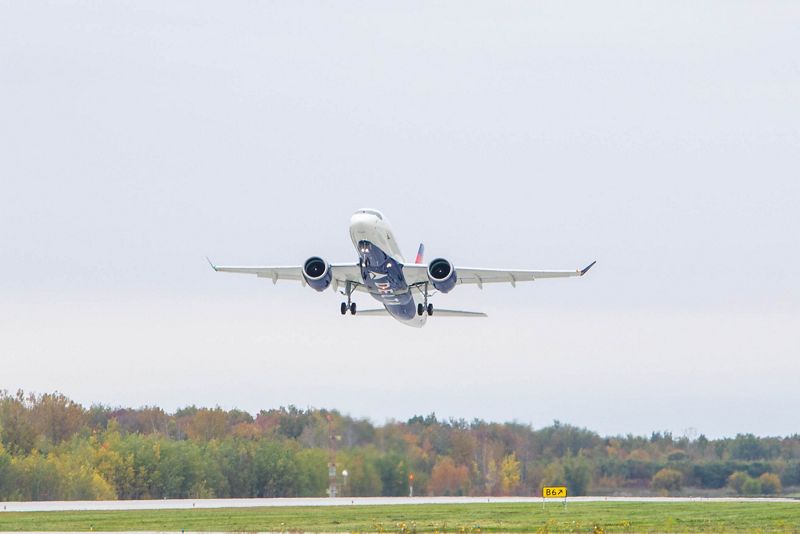 Delta will be the first U.S. operator to benefit from this new-generation aircraft’s unbeatable efficiency

Delta Air Lines’ first A220-100 took off on its first flight from Mirabel airport, Québec, at 02:02 p.m. local time. The aircraft was crewed by A220 programme test pilots. During the successful 2-hour and 53-minute flight, the crew checked the aircraft’s main systems and landed back in Mirabel at 04:55 p.m.

The flight took place a few days after the aircraft rolled out of the paint shop. Next, the aircraft will continue with pre-delivery testing and assembly, as elements of its state-of-the-art interior come together at the A220 assembly line. Delta’s first A220 is scheduled to begin service in early 2019.

Delta Air Lines will be the first U.S. airline to operate the A220 – at the same time becoming the fourth A220 operator, after Swiss International Air Lines, airBaltic, and Korean Air. Delta is the largest A220-100 customer, with a firm order for 75 aircraft.

With an order book of over 400 aircraft to date, the A220 has all the credentials to win the lion’s share of the 100- to 150-seat aircraft market, estimated to represent at least 7,000 aircraft over the next 20 years. Most of the Delta A220s will be built at the Airbus facility in Mobile, Alabama.