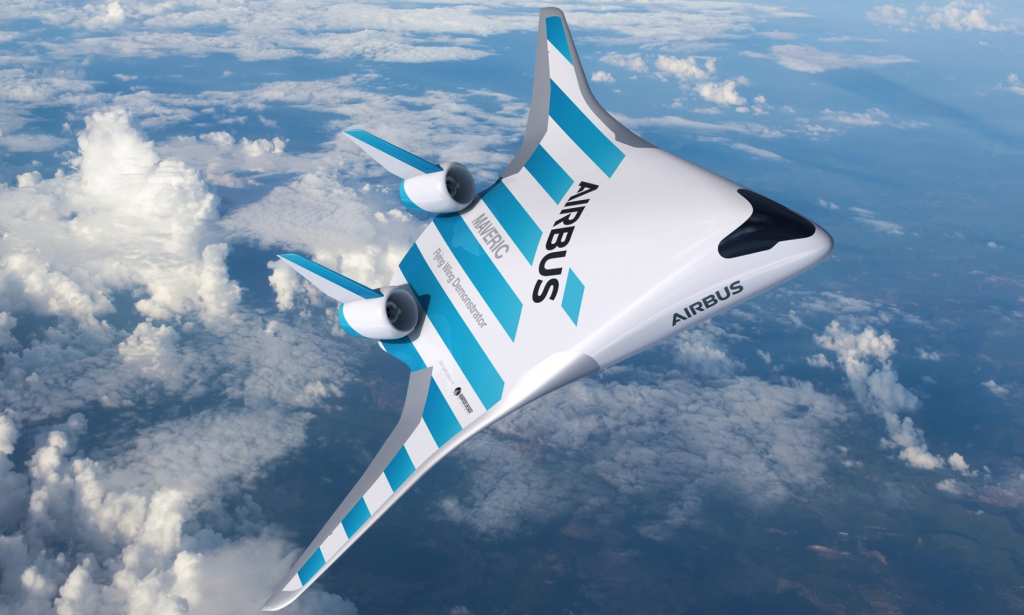 At the 2020 Singapore Air Show, Airbus unveiled an innovative new design for a blended wing aircraft that could significantly reduce fuel consumption. The MAVERIC (model aircraft for validation and experimentation of robust innovative controls) is a blended-wing body airplane.

As the name suggests, the triangular Maveric blurs the distinction between wing and body. The airfoil design generates lift across the entire fuselage rather than just the wings—meaning more power goes further—and reduces drag. In an industry where efficiency improvements generally come from tweaks to engine and aircraft design that provide 1 or 2 percent bumps, a 20 percent improvement would be massive. With engines above the fuselage, the Maveric would create less noise for those on the ground, and it could accommodate new propulsion systems, including hybrid and electric power plants. For passengers, the design would mean fewer window seats (boo!) but more possibilities for alternative seating configurations and more creative space allocation.