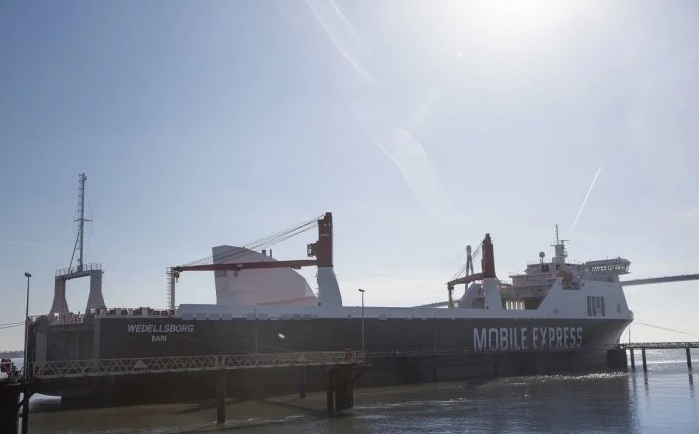 You might not think of them as “aircraft carriers”, but that’s what the Airbus ships do as they carry aircraft parts around the world, including to the Mobile Final Assembly line here in Mobile.

The Mobile Express crosses the Atlantic Ocean once per month, carrying major A320 Family components including fuselage sections, wings and pylons, as well as vertical and horizontal stabilizers.

This ship heads to the coastal city of Mobile, Alabama – site of Airbus’ American assembly facility. Airbus says that the name of the ship was chosen based on the contributions of Airbus’ logistics and transport community, the ship’s owner, and more than 300 Airbus employees at Saint-Nazaire and Mobile.