Jessica Davis’ story begins with a bold act of courage 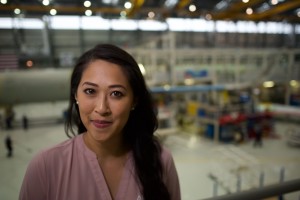 It’s April 29, 1975 in Saigon, Vietnam and the city is encircled by North Vietnamese army units. White Christmas is playing over and over on the American radio station—the signal to begin the final air evacuation of U.S. military and diplomatic personnel, along with their closest South Vietnamese allies.

Amid the smoke and chaos, a South Vietnamese soldier named Toan Tran discovers he can’t reach his evacuation point. Tran knows that when the communist forces take the city, anyone who worked with the Americans will be in grave danger. Desperate to escape the besieged capital, Tran at last finds a helicopter.

There’s only one problem: he’s not a pilot.

Using basic techniques he had learned from his pilot brother-in-law, Tran risks everything, flying the chopper out of the country and ditching in the South China Sea when it runs out of fuel. There, as fate would have it, he is picked up by a patrolling ship.

Fast forward forty-four years. Tommy Tran, as his friends call him, has immigrated to New Orleans, married a fellow refugee, became a U.S. citizen, earned a college degree, raised two daughters and four sons, and enjoyed a more than thirty-year career as an engineer with Exxon-Mobil Corporation.

One of Mr. Tran’s daughters is our own Aircraft Manager, Jessica Davis, whose story—amazing in its own right—wouldn’t be possible without the bold act of courage by her father, all those years ago in a country that no longer exists.

Imagine keeping track of the hundreds of steps, processes, and inspections required to build an Airbus A320. Now, imagine you have four aircraft to manage—each unique in its configuration. That’s Jessica Davis’ job at the Airbus U.S. Manufacturing Facility in Mobile.

“It’s a challenge because each aircraft is different, and your resources vary across the board. One aircraft might not have seats installed here. Another might have seats plus all kinds of intricate details that are included on the plane,” Jessica said.

But if you think Jessica’s job means being stuck at a desk with a spreadsheet, you’ll have to think again. She averages 15,000 steps a day.

“I’m always on my feet, that’s for sure. Up and down. Back and forth to the stations on the line. My watch clocked me at 49 miles last week,” she said.

What prepared Jessica for the aviation industry? It may have started when she got her first car.

“My dad bought a car for me, but he said he wouldn’t let me drive it until I learned how to change the tires. So, I did. And the next day, I was out in the driveway with him changing out the head gasket,” Jessica said. “He wanted to make sure I had a full understanding of how my car worked, and ever since then, I’ve always been doing stuff with my hands. Fixing things and making things is kind of what I do.”

After high school, Jessica joined the Air Force Reserve, where she was a mechanic on the famed Hurricane Hunter aircraft of the 53rd Weather Reconnaissance Squadron, headquartered at Keesler Airforce Base. There she maintained the C-130s that fly into the eye of deadly tropical cyclones an average of four times per mission. Jessica’s service included hurricanes Katrina and Dorian.

In 2010, Jessica graduated from The University of South Alabama and went to work for ST Aerospace for four years, where she modified planes for customers. Over the course of her career, Jessica has been a part of repairing, modifying, and now building advanced aircraft.

Now, she’s enjoying her role at Airbus, including the fast pace that comes with it.

“I like the fast pace. It’s a very agile environment where things can change and you have to be quick on your feet and understand the situation and know the resources to go to,” Jessica said. “It makes the day go by fast. It’s definitely not a boring desk job.”

There is no “typical day” in Jessica’s world, but she has a method for imposing order on an inherently dynamic process.

In the few months since she joined Team Mobile, Jessica has found the FAL has a positive work environment.

“I’ve been places where you feel like a number because it’s such a big company, but here, even though it’s a large facility, I think I say hello ten or fifteen times on the way to my desk, or somebody says ‘good morning’ to me. Everyone seems to enjoy their job here,” Jessica said.

With a backlog of orders and the expansion of the site to include an assembly line for the A220 family of aircraft, Jessica sees a bright future for Mobile, and she says she is happy to be a part of it.

“This has been a fantastic company to work for. They make sure that you know you are important. They invest a lot in their people, their benefits show it, and they allow for a good work/life balance with family,” Jessica said.

Jessica and her husband Noah, a Marine, have quite a family life to balance, with four children ages 1 to 13. That aspect of life requires a different kind of fast-paced project management.

When Jessica isn’t helping build the A320 family of aircraft, you’re likely to find her traveling with her family.