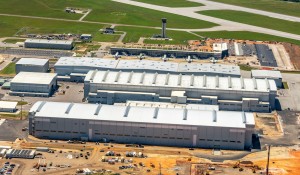 Over the last century, Alabama’s aerospace industry has grown larger and more diverse, from aviation, defense, space and beyond. And thanks to companies like Airbus, foreign investors are coming to Mobile to explore the many options the area has to offer.

“Alabama has a lot to offer any company considering investment in the US,” says Jeff Knittel, chairman and chief executive of Airbus Americas, who highlights attributes such as openness to business and quality of life.

Two years after starting production at its first US-based commercial aircraft facility in Mobile on Alabama’s Gulf Coast, Airbus announced plans to open a second assembly line for its A220 aircraft.