Tom Reed Went From Being a Customer to Helping Them 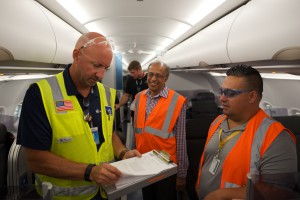 It’s a bright Thursday morning in early June and Customer Manager Tom Reed has a busy day ahead of him. The biggest item on the schedule: a final cabin inspection with representatives of JetBlue.

The cabin layout to be inspected just happens to be the airline’s newest, called the “Mint Cabin,” and it’s the first time it’s been installed in Mobile. Tom is confident everything is ready. The Production team and the Delivery Center have both done great work on the twenty-seventh aircraft to come off the line.

But he has another question to ask his colleagues from JetBlue.

“JetBlue is a barometer, in a sense. We delivered our first aircraft to them—BluesMobile—but they’ve been away for a year since then. I want to know how far they think we’ve come since they last saw us,” Tom said.

It turns out Tom knows a lot about how customers size things up, because he used to be one. But to tell that story, we have to first go back in time and discover how the Reed’s of Rome Georgia came to be an aviation family.

It all starts with Tom’s Father, Garvis, growing up in Centre, Alabama, where he became what Tom calls “an airport bum, washing and waxing planes and taking flying lessons.” That simple beginning led Garvis Reed to a pilot’s license, and a series of flying jobs, culminating in Chief Pilot for Georgia Craft Company.

“That’s how I got the bug. I have a picture at home somewhere, I’m two or three years old, sacked out in an old Cessna. I guess I was destined to sleep on airplanes,” Tom said.

Growing up, Tom’s brother worked at the airport, and his oldest son is now carrying on the family tradition, training to be an airline pilot. But Tom’s career began in the Coast Guard, where he served for thirty years.

Tom remembers driving by the Coast Guard base in Panama City, Florida while on summer vacation or spring break, and thinking that might be a good career choice for him. So, he made some enquiries, liked what he heard, and after graduating high school, he joined up.

His first tour of duty was, improbably, on an icebreaker based in Mobile. Tom said: “We used to say, ‘it’s closer to the South Pole from here’.”

“I spent one year on the boat, then went to aviation school, and did the rest of my thirty years in airplanes and helicopters,” he said.

Tom had two tours of duty in Mobile, the last in 2006, when he dealt with EADS CASA (now Airbus Defense and Space: Military Aircraft) from the customer’s perspective.

“We bought CASA 235s, and so I was on the other side of the fence. That’s a big reason I understand the nuances of what customers want—because I’ve worn that hat,” Tom explains.

In fact, Tom was the first Customer Manager hired at the FAL, joining in the Fall of 2014 and training through a long Hamburg winter. At Hamburg, just as in the Coast Guard, Tom quickly saw how important team work can be.

“In the Coast Guard, the whole team mentality gets instilled in you. As an air crew member, you have to work as a team to get things accomplished. Either you became part of the team and got the mission done, or you fell off by the wayside. At Airbus, we each know our role, and we do what we need to do to get it out there on time and on quality,” Tom said.

Tom has witnessed a lot of changes in his career, but he still believes commercial aviation in general, and Airbus in particular, have a lot to offer. His advice to anyone considering the field: “Dive in!”

“The commercial aviation business is growing. There’s a lot of different avenues in aviation, and I think I would look at everything. Mechanics, operators, logistics folks. So many different facets you can get into. You can be part of the team that makes it all happen. And Airbus is such a global company, there are so many places and things you could do. I would sit back and see what part of it you want to do,” Tom said.

As for the barometer reading Tom was looking for, he’s happy to report that the particular customer was impressed with the delivery of the latest addition to their fleet, but also with the growth of the FAL and its heightened rate of production since their last visit.

Which made for a satisfying ending to a busy Thursday in June. 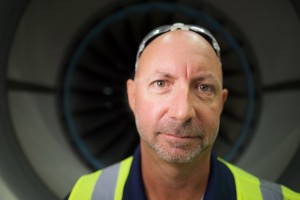 When Tom Reed isn’t helping grant customer wishes, you might just find him putting his boat in the water on Dauphin Island.